You are welcome at the garden or in the nice halls inside.

menu of the restaurant

MIXED MEATS FOR ONE

Djolan po mehandjiski  450 gr  15.70 lv.
One piece of knuckle of pork with wine sauce on top, garnished with baked potatoes and onion.

Lamb cooked by karakachan way  350 gr  17.80 lv.
Stewed in clay pot lean lamb meat, with rice with spinach and mushrooms, topped with it own sauce tasted with rosemary, garlic and added red wine.

Lamb in oven on Saint George’s way  450 gr  37.00 lv.
With pluck and by choice rice with pluck or rice with vegetables by your choice, served with green salad and milk sauce. 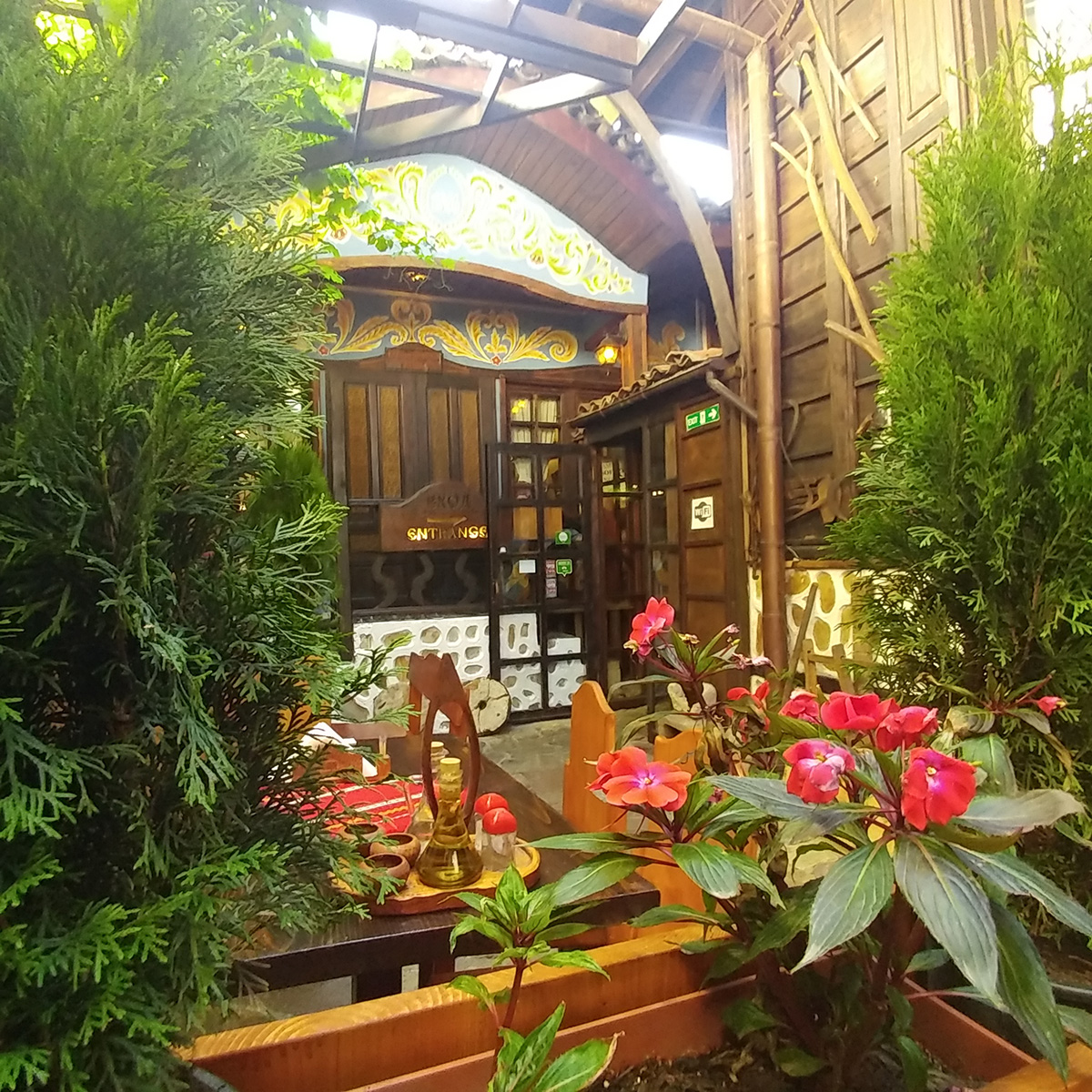