Babinden (The Day of the baba or the Day of the midwife) is a traditional Bulgarian feast, celebrated on 8 January (21 January according to the Gregorian calendar), in honour of the women practicing midwifery. The traditional word for midwife in Bulgarian is baba, same as grandmother. The holiday has pagan origins and is part of the traditional family rituals.
Babinden is one of the holidays that celebrates the holidays related to the Nativity, although the ritual is pagan. According to different theories, this holiday is related to the cult of the goddess of fertility - the goddess goddess, worshiped thousands of years ago in our lands. It is traditionally celebrated on January 21, but a new style is celebrated on Jan. 8. In 1951, it was designated as Maternity Day, a celebration of midwives and gynecologists.
In the past, the grandmothers who helped at birth were deeply respected by the people. That was the right way, according to the Bulgarian notions of morality. The grandmother was the one who, during the hours of birth, cared for the woman and cared for the salvation of mother and child. With herbs and dew, the grandmother took care to keep them from the harmful influences of the Leuys - the evil beings who, according to the belief, walked around the mother and the child until the 40th day of birth. The grandmother stood at night until the third day after birth to meet the chickens. She ordered the special table prepared for them and watched her have everything necessary to be happy and cheerful, those who defined fate. The grandmother also treated all childhood illnesses that occurred in the first months after birth.
On Babinaden, the young mothers were at early dawn to go and wave the grandmother. Everybody wanted to get to her first, as it was believed that the mother who first sucks the grandmother to wash her hands will be alive and healthy during the year.
According to the custom, the grandmother went to her day with her babes - the children she had eaten during the year. She was bathing the babies, washing the eyes of the mothers and spraying the girls with water against the lessons. At some point, the grandmother tied the children with martenitsa from a twisted red thread to be healthy and to keep them from evil eyes. As she walked around the children, the grandmother returned to her home to prepare for the dinner. On that day, she welcomed only the women she had been helping at birth. The guests wore shirts, socks, towels, and boiled hen, cakes and wine. 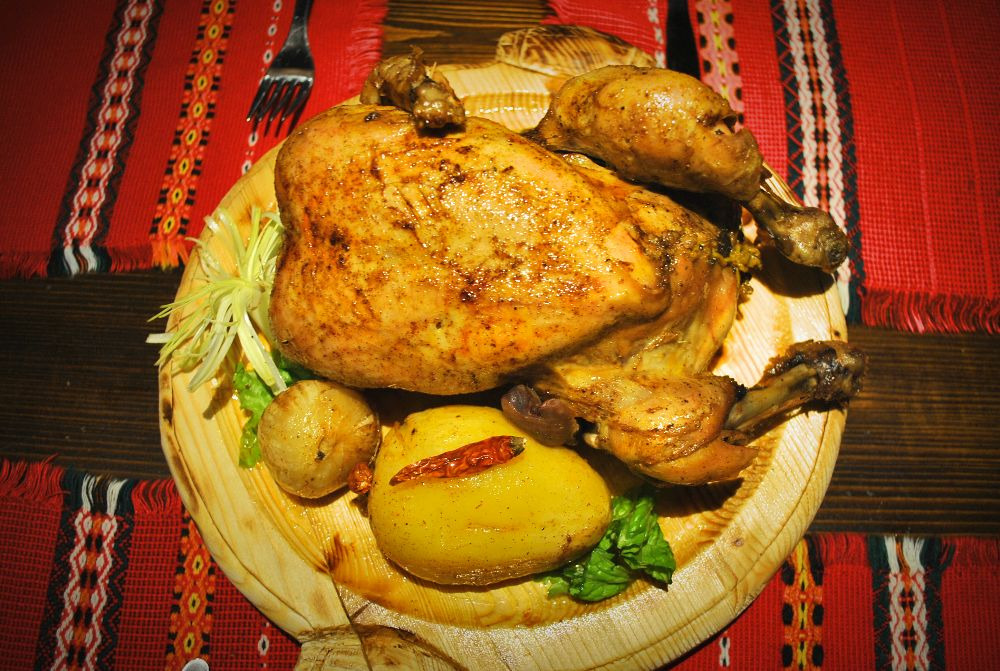 Half of the food brought was spent on the grandmother, and the other half was put on the common table. The grandmother also prepared a great lunch for a wedding. A gadular or bagpier was usually present at the holiday. It was the only man who had the right to participate in this celebration. At the table, women were singing joyful songs and sniffing "peppers" jokes. Late in the afternoon, when the fun was in full swing, everyone went out into the yard. There, men joined them. Then they were picking up the grandmother of a wheelchair, a two-wheel drive that towed four men and headed to the river where the grandmother's ritual bathing took place. Normally, bathing was symbolic - they splashed it with water or poured a mint on her head, but there were occasions when they really bathed her in the river. The fun usually ended with a common horo in the square in the village, and the grandmothers, who were dressed in the gifts they received, took part in it.
Our Orthodox Church on this day celebrates the day of reverend Dominica, who lived in the 4th century. Empowering Dominica on a strict fasting and hard work, she was rewarded by a god with a gift of vision and miraculousness. Dominica began to heal the sick, predicting the future, having power over the natural elements.