Hadjidraganov's Houses Restaurant Offers Bulgarian national cuisine on fire, on a hot plate and in an oven. Live folklore music - in the center of Sofia For reservation:+359 899917837
Buchka is a wooden vessel that has been used on Bulgaria for centuries to produce home-made yoghurt - butter, flour, and skimmed cottage cheese.The lobe consists of two parts - a wooden vessel (top) and a wooden plunger.
The wooden pot is about 1 m high and about 20 cm wide, slightly narrowed at the top. Buchka itself is a flat, solid or punched disc with a long handle.

The name of the lump (plunger) derives from the verb push-piston, piston, throttle, lump. In the Rhodopes, the lump is called a burillo, a word that derives from the Italian word barile. In Middle Bulgaria is also found the name Mattulka, Mutjilka, from the verb moutya.For the piston itself, the most common term jurillo, he said, a jeran (from the verb to jaramam), and in southern Bulgaria there is also a pistol, a pistol, a dagger.
The oil production process consists of vigorous piston movements as the pressure must be vigorous as a stroke. That's why the process is called "beating oil." Milk that has undergone such treatment is reduced in fat and is called "bito milk". 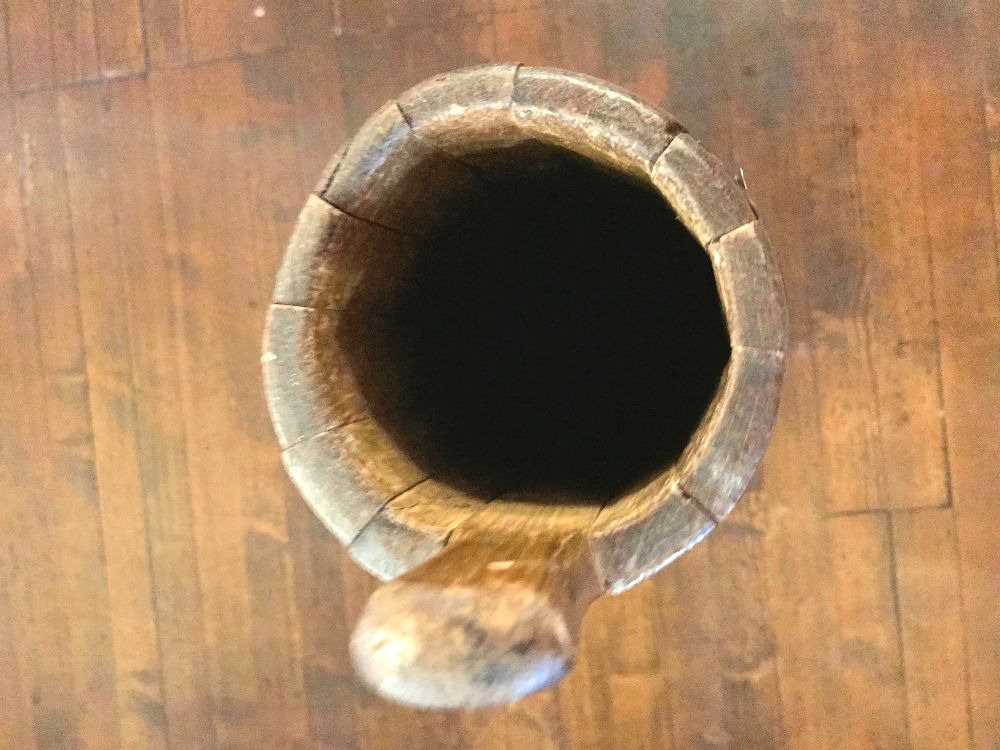