The Charcoal iron was invented in the 15th century. The need for a smooth look of clothes requires its invention. The first irons were made of metal (cast iron or iron). These irons consisted of a single body with a lid that was movably attached to the rear on an axle to be opened and closed. They have transmitted the heat necessary for ironing, as they have been placed in coals. At the top of the lid there was a wooden handle that served to prevent burning of the ironing hand.

In Bulgaria, these irons were used until the 1950s and 1960s when electric irons began to penetrate widely.
The exact date for the invention of the electric iron is unknown, but it is supposed to have occurred between 1890 and 1894.
The weight of the charcoal iron is between 5 and 10 kilograms. 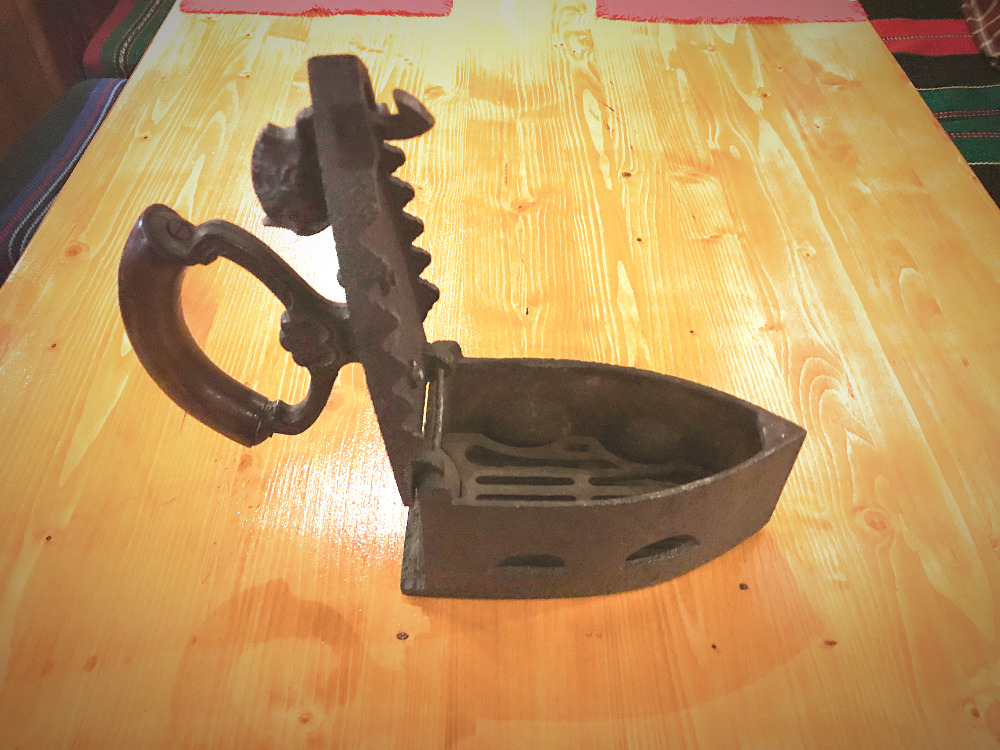