Hadjidraganov's Houses Restaurant Offers Bulgarian national cuisine on fire, on a hot plate and in an oven. Live folklore music - in the center of Sofia For reservation:+359 899917837
The weaving loom is a weaving machine (fabric) for weaving fabrics or rugs (woven). The main purpose of the weaving loom is to keep the individual threads of the fabric stretched. In this way it is possible to interweave the individual longitudinal and transverse threads (yarn). Originally weaving looms primitive, made of wood. All operations are done manually. Later, mechanized looms with different structures were created. Regardless of the mechanization of the process and the speed of weaving, the principle of action and tissue formation remains the same.

The hand-held domestic loom is a stable beam construction in the form of a parallelogram. It consists of two solid wooden cylinders, placed at both ends - for the wound base and after the weaving process of the woven cloth. These cylinders are popular with the name cross. Since the thread has to be well stretched during the weaving process, both have the ability to rotate around their axis to tighten the threads from the base and lock them. Each of the wound fibers then passes through the so-called niggas. Foot pedals are driven in a vertical direction. Thus, two adjacent threads running through the laths always have a different spatial position - one is up and the other is down. Immediately to the scrubs (in the weaver's direction) is the so-called "bardo". It is a massive wooden frame with a built-in grid of solid vertical wooden plates. Like a hairline, the threadbars separated for the base pass freely throughout the workspace of the mud. But with it, the thread drawn across the base is tapped to the previously drawn. The shuttle is the carrier of the cross-linked thread (weft). Finally, the weave is wound on the second cross. 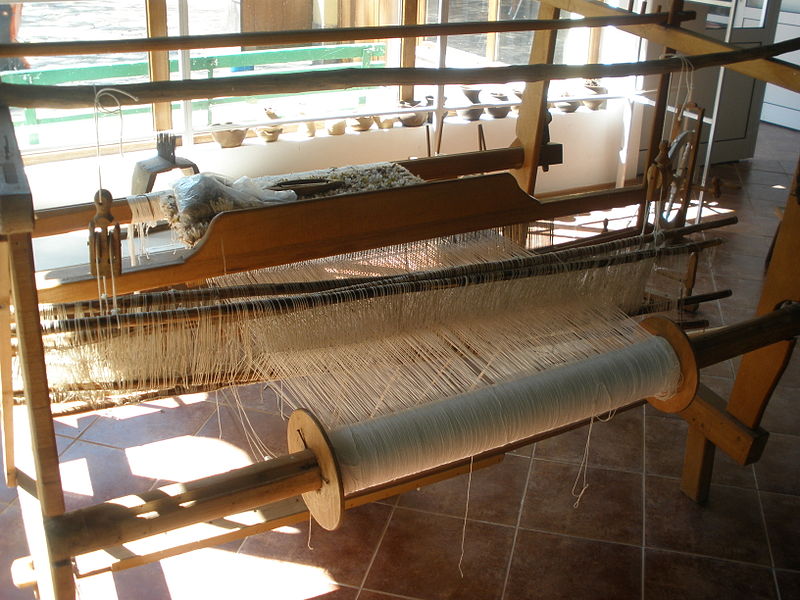 Handwriting action
The so-called grounding of the base fibers for the entire width and length of the fabric is done in advance. Then the strands are wound on the cross, distributed as they would be for the entire width of the fabric. Each thread is individually threaded through the rails, the bridle and the thread is connected to the second cross. The process of weaving consists in driving the rails - one upside down - so as to form the so-called or pavement in which the shuttle passes, leaving one thread across the base. The weft is pulled from the weaver to itself, the thread is pushed to the second cross, and after changing the position of the peduncles with the pedals, they are flattened again so that the one next to the previous thread is firmly placed and the fabric is solid and strong.

Weaving
As described above, weaving is a process whereby the yarn (weft) is passed between the threads of the fabric produced by means of a shuttle. Each successive line of fabric is created by moving the "upper" threads down and the "bottom" threads upwards. The shuttle is then passed again between the threads and the process is repeated.
A popular expression of disrespect for help or forgetting of it is the expression:
"Weave your canvas and kick the cross." 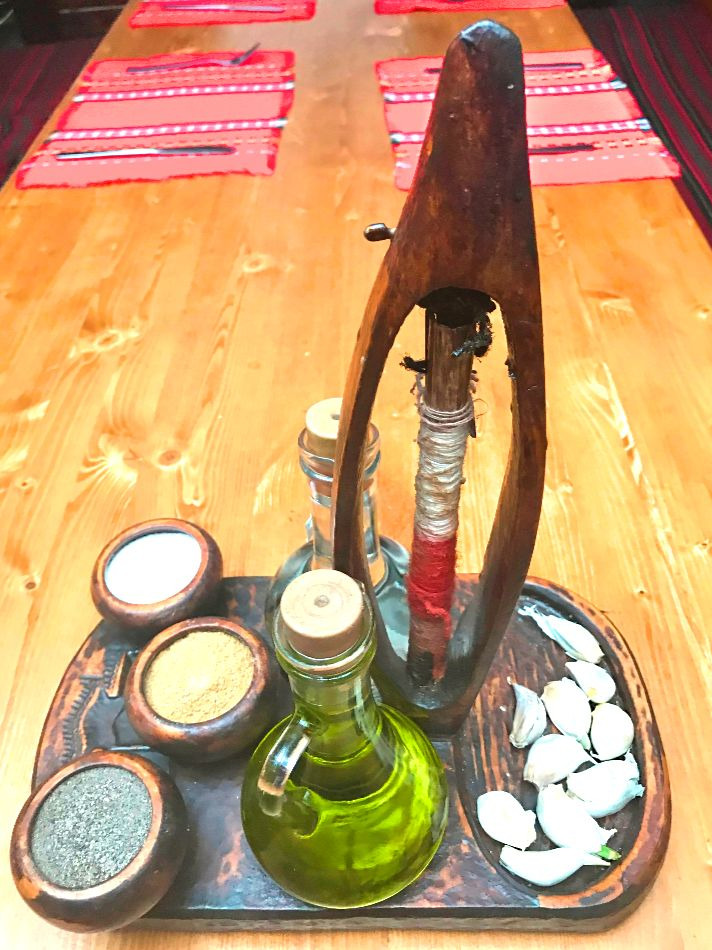 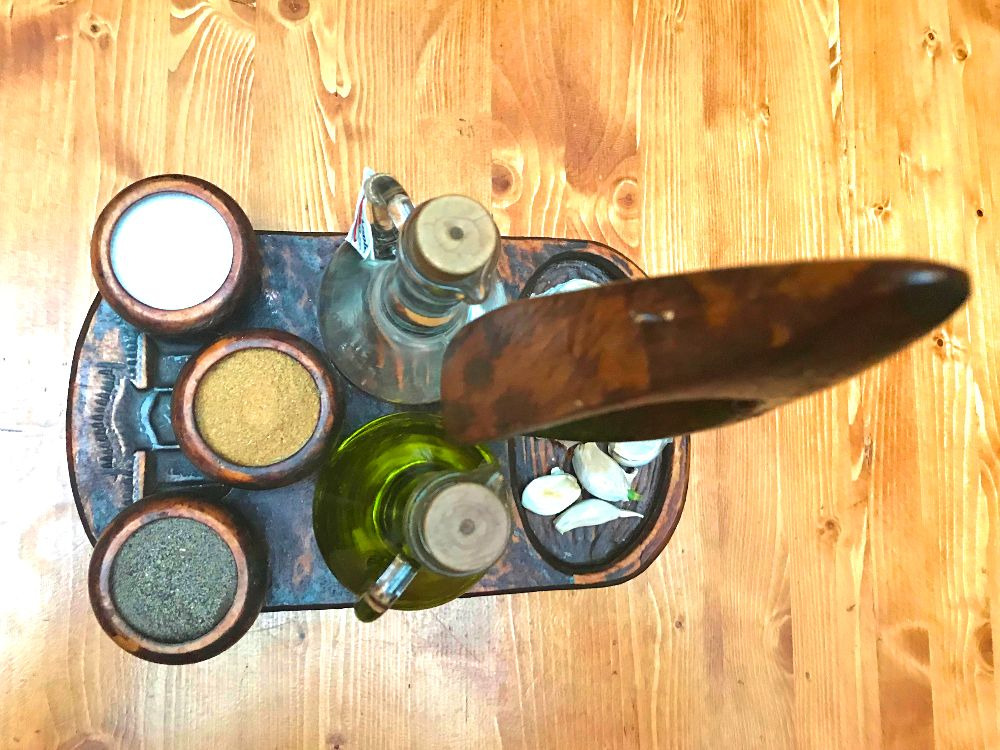